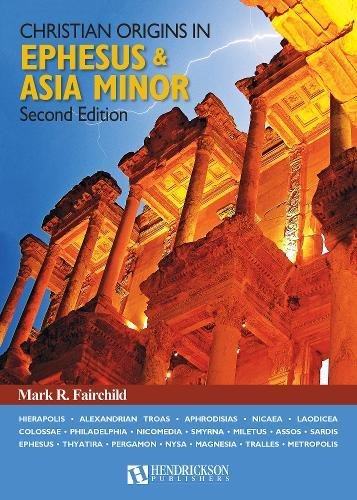 What happened after Jesus' resurrection? Dig into Paul's missionary journeys and more with this guide packed with 145 maps, pictures, and time lines!

Over 85% of the New Testament books cover events that occurred after Jesus' death. To fully understand this part of Scripture, it's important to grasp Jewish, Greek, and Roman cultures. Featuring 145 maps, full color pictures, and up to date commentary, this guide provides a solid overview of the culture of 20 key cities in the New Testament that were impacted by the spread of early Christianity and their cultures:

Enhance Your Study with 145 Maps & Photographs

Combining photographs with incredible cultural insights and recent archaeological discoveries, this guide provides a much needed context for the New Testament.

2. Solid Overview Based on Archaeological Finds

Find out fascinating facts on biblical events, places, travel routes, and more all based on recent archeological finds.

See key information at a glance with its color coded time line and glossary of key terms.

Deeper into Key Places and People in the New Testament

From Priscilla and Aquila in Ephesus to Paul's missionary journeys, dig deeper into 20 key Bible places!

In the first two centuries after Christ, the cradle of the Early Church was in Asia Minor, modern day Turkey. This area was home to Paul s early churches in Ephesus, Colossae and Galatia in addition to all seven churches addressed in the book of Revelation. The ancient city of Ephesus was the largest city in Asia Minor, where the gospel was first shared in the middle of the first century. According to Luke, from Ephesus all of Asia heard the word of the Lord.

Up to Date Information Based on Recent Archaeological Finds

Gathering together a wealth of information, original photographs, and detailed maps of the region, Christian Origins in Ephesus and Asia Minor describes the progress and perils of the developing Christian community as it struggled to find its way in a hostile world. This volume provides crucial context for the biblical account with historical information gathered from ancient literary sources, archaeological discoveries, and a variety of early Christian sources, charting the growth and development of the early Christian church as it progressed and expanded throughout the Roman province of Asia.

Packed with Fascinating Facts That Will Add Depth to Your Study

Refresh your Bible study with dozens of fascinating facts, such as: