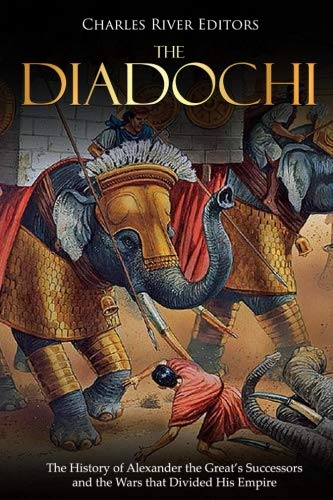 *Includes pictures
*Includes ancient accounts
*Includes online resources and a bibliography for further reading
In 323 BCE, Alexander the Great was on top of the world. Never a man to sit on his hands or rest upon his laurels, Alexander began planning his future campaigns, which may have included attempts to subdue the Arabian Peninsula or make another incursion into India. But fate had other plans for the young Macedonian king. One night, while feasting with his admiral Nearchus, he drank too much and took to bed with a fever. At first, it seemed like the fever was merely a consequence of his excess, and there was not much concern for his health, but when a week had elapsed and there was still no sign of his getting better, his friends and generals began to grow concerned. The fever grew, consuming him to the point that he could barely speak. After two weeks, on June 11, 323 B.C., Alexander the Great, King of Macedon, Hegemon of the League of Corinth, King of Kings, died.
On his deathbed, some historians claim that when he was pressed to name a successor, Alexander muttered that his empire should go “to the strongest”. Other sources claim that he passed his signet ring to his general Perdiccas, thereby naming him successor, but whatever his choices were or may have been, they were ignored. Alexander’s generals, all of them with the loyalty of their own corps at their backs, would tear each other apart in a vicious internal struggle that lasted almost half a century before four factions emerged victorious: Macedonia, the Seleucid Empire in the east, the Kingdom of Pergamon in Asia Minor, and the Ptolemaic dynasty in Egypt. During the course of these wars, Alexander’s only heir, the posthumously born Alexander IV, was murdered, extinguishing his bloodline for ever.
Although it was an incredibly important period in world history, it is sometimes as confusing as it is frustrating for historians because the allegiances of the generals changed constantly and historical sources are often biased in some regards and utterly lacking in others. Although none of these men were able to replicate Alexander the Great’s territorial success, a few carved out sizable empires and were able to establish long-lasting political dynasties. Ptolemy I brought Egypt back to a central position of power in the region, and Seleucus I built a strong empire on the ruins of ancient Babylonia, but other generals, such as Perdiccas, were killed early on in the fighting and slipped into relative obscurity.
Some of the Macedonian generals had a significant impact on the region during their lifetimes, but they left no heirs to carry on their political memories. The general Lysimachus won control of Thrace and established a fairly important kingdom in that land, but when he died his successors all turned on and killed each other, effectively ending any potential dynasty. Similarly, Cassander was a Macedonian general who was involved in the Diadochi Wars, and for a time it looked like he was going to be the biggest winner among the Macedonians. Cassander became the king of Macedon, had direct influence over most of southern Greece, and was courted by the other kings and generals in their conflicts against each other.
The Diadochi: The History of Alexander the Great’s Successors and the Wars that Divided His Empire chronicles how Alexander’s legendary conquests shaped the next several centuries, and how the successor generals carved out various empires. Along with pictures depicting important people, places, and events, you will learn about the Diadochi like never before.